Scott Terry living it up in the Hamptons.

2 margaritas and a virgin daiquiri….$56

Just your average poolside show in the Hamptons.

Here we are in our Sunday best to go to Coney Island!

Marcus is ready for his close up Mr. Demille.

Scott sitting on his ass….

Eric and Humpty living on the edge….

Sometimes you get the bear, sometimes the bear gets “uke”.
(the term “uke” is slang for ukulele)

Team RWB is victorious! Time to eat some crabs…

Headed to the Brickyard 400, but RWB has no time for traffic. It’s just police escorted party bus convoys from now on.

Marcus trying to blend in.

Entrepreneur Dean Anshutz trying to make some doll hairs.
(this is funny because doll hairs sounds like dollars)

Pioneer Village! We saw a bunch of American stuff.

Marcus with his diabolical fudge brownie mountain at the Duluth Grill. 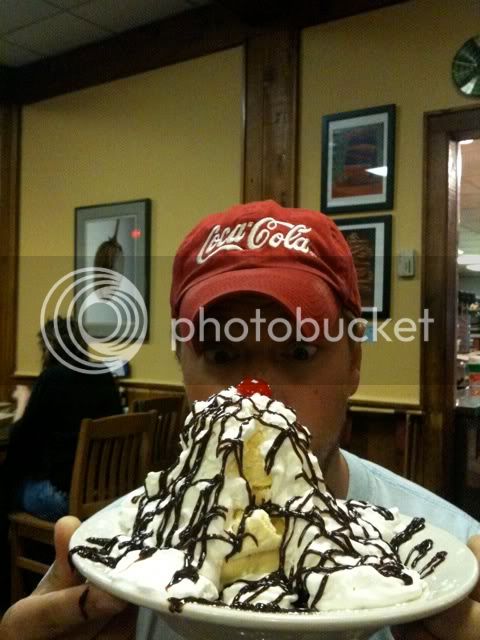 Our spacious suite in downtown Chicago.

RWB performing live in outer space!! Or a high school prom. Or WGN studio in Chicago.

Here it is ladies and gentlemen, the sleep of the week!
Our winner this week is a drunken bum sleeping next to the RWB bus.
Great Job!!

Thanks for tuning in once again for the RWB Tour Journal. Be sure to stop in and see Jack at Jack’s Drum Shop the next time you’re in Hyannis, Massachusetts.